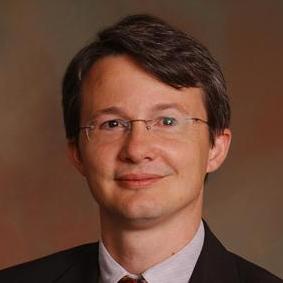 From 2009 to 2012, Steve Fetter was on leave from the University of Maryland, serving as assistant director at-large in the White House Office of Science and Technology Policy. He has been a professor in the Maryland School of Public Policy since 1988, serving as dean from 2005 to 2009. His research interests include climate change, nuclear energy, and other carbon-free energy supply.

Fetter is a member of the Council on Foreign Relations, a fellow of the American Physical Society, and a recipient of the APS Joseph A. Burton Forum Award. Before joining the Obama administration, he was president of the Association of Professional Schools of International Affairs and a member of the Director of National Intelligence's Intelligence Science Board and the Department of Energy's Nuclear Energy Advisory Committee; the board of directors of the Sustainable Energy Institute and the Arms Control Association; and the board of editors of Science and Global Security and Science Progress. He served as vice chairman of the Federation of American Scientists and received its Hans Bethe 'Science in the Public Service' award. He has served on several committees of the National Academy of Sciences.

In 1993-94 Fetter served as special assistant to the Assistant Secretary of Defense for International Security Policy and received the Secretary of Defense Medal for Outstanding Public Service. He has worked in the State Department as an American Institute of Physics fellow and as a Council on Foreign Relations international affairs fellow. He has been a visiting fellow at Stanford’s Center for International Security and Cooperation, Harvard’s Center for Science and International Affairs, MIT’s Plasma Fusion Center, and Lawrence Livermore National Laboratory. He also served as associate director of the Joint Global Change Research Institute, and has been a consultant to several U.S. government agencies. He received a Ph.D. in energy and resources from the University of California, Berkeley, in 1985 and a S.B. in physics from MIT in 1981.

Fetter has written articles for Science, Nature, Scientific American, International Security, Science and Global Security, Nuclear Technology, Bulletin of the Atomic Scientists, and Arms Control Today. He has given over a hundred invited lectures and presentations, contributed chapters to over twenty edited volumes, and is author or coauthor of several books and monographs.