Clark School Department of Materials Science and Engineering (MSE) graduate student Colin Gore, advised by MSE professor and University of Maryland Energy Research Center director Eric Wachsman, has been awarded the 2013-2014 Lockheed Martin Achievement Rewards for College Scientists (ARCS) Fellowship. The fellowship, the second he has received from the ARCS Foundation, will provide continued support for his efforts to improve the fuel flexibility of low-temperature solid oxide fuel cells (SOFCs).

Sponsored by the Metropolitan Washington Chapter of the ARCS Foundation, Inc., ARCS fellowships provide outstanding students in science, medicine and engineering with a renewable award of $15K per year to support their contributions to the advancement of their fields.

Last year, Gore received the foundation's Hesse Endowment Fellowship. Outside of the lab, he is one of the pilots of Gamera II, the University of Maryland's human-powered helicopter. He also serves as the president of the university's student chapter of the Electrochemical Society, which has participated in outreach activities for a broad audience ranging from K-12 students to members of the U.S. Congress that encourage interest in and support for alternative energy technologies. 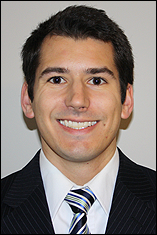