Associate professor Chunsheng Wang (Department of Chemical and Biomolecular Engineering [ChBE]) is one of the cofounders behind the new Center for Research in Extreme Batteries (CREB), a partnership among scientists at the University of Maryland and the U.S. Army Research Laboratory (ARL). The center’s mission is to solve practical battery problems faced by U.S. ground forces.

The center launched late last year with its inaugural Power and Energy Innovation Workshop, which invited local experts in batteries and materials to come together for an integrated, cross disciplinary look at their shared challenges and mutually beneficial solutions. The event established the CREB as a regional hub for advancing battery chemistries.

ARL research scientist Kang Xu explained to the crowd of more than 100 leading experts from  local universities, government labs and industry that the ground forces’ reliance on energy in places beyond traditional grid access has led ARL scientists on a search for advanced battery chemistries that are beyond the expertise of government laboratories alone.

An expert in his own right, and best known in the field for his two comprehensive reviews on electrolyte materials (published in Chemical Reviews in 2004 and 2014, respectively), Xu called on the assembled members of government, university, and industry organizations for their help.

“In order for the real advances in energy storage technology to happen, a lot needs to be understood at fundamental levels, and we will have to extend [our] current expertise,” said Xu. “It’s not enough to just have me or our other group members inside ARL. We will have to include a lot of other disciplines and form a team that is strongly associated by complimentary expertise.”

It was Xu and Wang who first conceptualized such a team. The pair had been collaborating for several years, using their experience in electrolytes and electrodes, respectively, to win funding from the U.S. Department of energy, build advances in rechargeable batteries, jointly file patent disclosures, and publish their results in a number of high-impact journals.

They knew if they could produce a rechargeable battery with higher energy output, it would not only be beneficial to soldiers, but would also be useful for keeping commercial devices charged for much longer periods of time.

Wang has conducted considerable research on various nano-structured materials for use in the design of superior electrodes for lithium-ion and other battery chemistries such as lithium-sulfur, sodium-ion, and magnesium. Since high-performance batteries must be fabricated with both superior electrodes and excellent electrolytes, Wang's partnership with Xu was mutually beneficial.

The two colleagues began identifying challenges and gaps as they performed a joint project in multiple-electron aqueous batteries, pooling expertise in characterization and imaging while seeking a battery manufacturer to package the materials that they will conceptualize.

The ARL's proximity to College Park, where Wang is also a member of the Maryland NanoCenter, the  University of Maryland Energy Research Center (UMERC) and UMD's Department of Energy-funded Energy Frontier Research Center (EFRC), has enabled the scientists to forge a unique and effective relationship over the past few years, leading to what Wang describes as “several key advancements in battery research.”

“Only by expanding to include other disciplines could we make the technology we were developing useful,” said Xu.

Xu and Wang hope the Center’s open access to critical facilities, with a free exchange between government and university, will speed up the historically lengthy process required to establish strong team interactions between the two. Xu is looking forward to expanding his and Wang’s partnerships to include other universities, the National Institute of Standards and Technology, the Naval Research Laboratory, NASA Goddard’s Batteries Material Research Center, as well as with longtime government partner, the Communications-Electronics Research, Development and Engineering Center.

Funding has been approved for a state-of-the-art dry room that has been proposed to be the core facility for the center. State-of-the-art equipment, including an electrochemical in-situ atomic force microscope with confocal Raman capability, is also in procurement.

E-mail public_affairs@arl.army.mil to be added to the mailing list for CREB’s upcoming spring meeting and future events.

CREB Kicks Off 2021 with Meeting to Discuss Future of Battery... 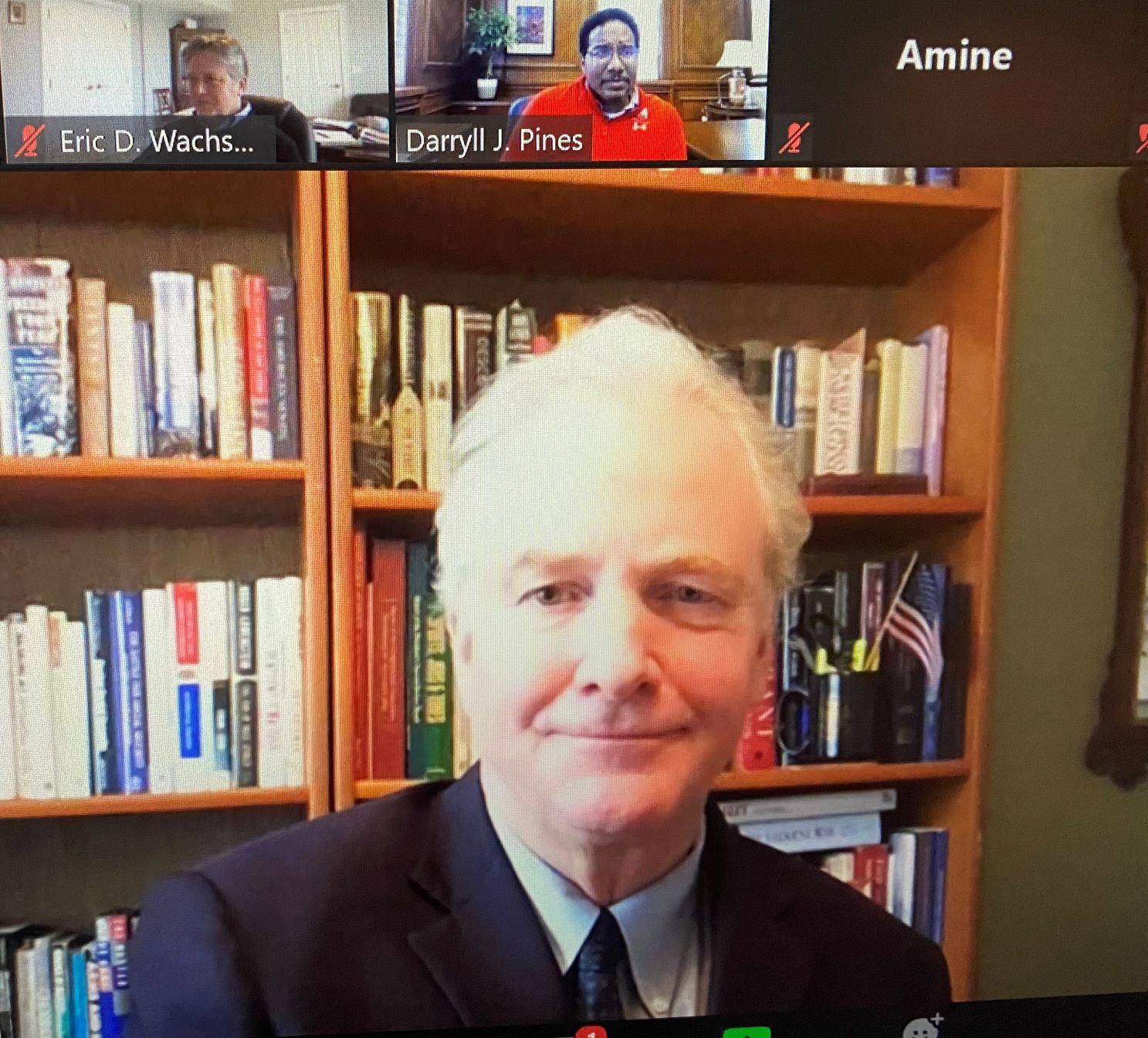