The University of Maryland (UMD) A. James Clark School of Engineering has once again achieved new heights, this time by successfully lifting a helicopter and passenger through the sole use of solar power on August 26, 2016.

After successfully completing the longest duration flight for a human-powered helicopter in fall of 2013, the UMD Gamera Team, a student competition team originally inspired in 2012 by the American Helicopter Society’s Sikorsky Prize, has continued raising the bar. In 2014, a team of undergraduate students took over Team Gamera, reinventing itself as Solar Gamera to test the feasibility of applying solar power in achieving human helicopter flight.

With materials science major Michelle Mahon in the cockpit, Solar Gamera achieved two successful flights, flying for 9 seconds and gaining more than a foot of height.

"It's just a matter of drift before [Solar Gamera] gets longer flights," explained Staruk. "It's easier to trim than human-powered helicopter thanks to electronic controls." 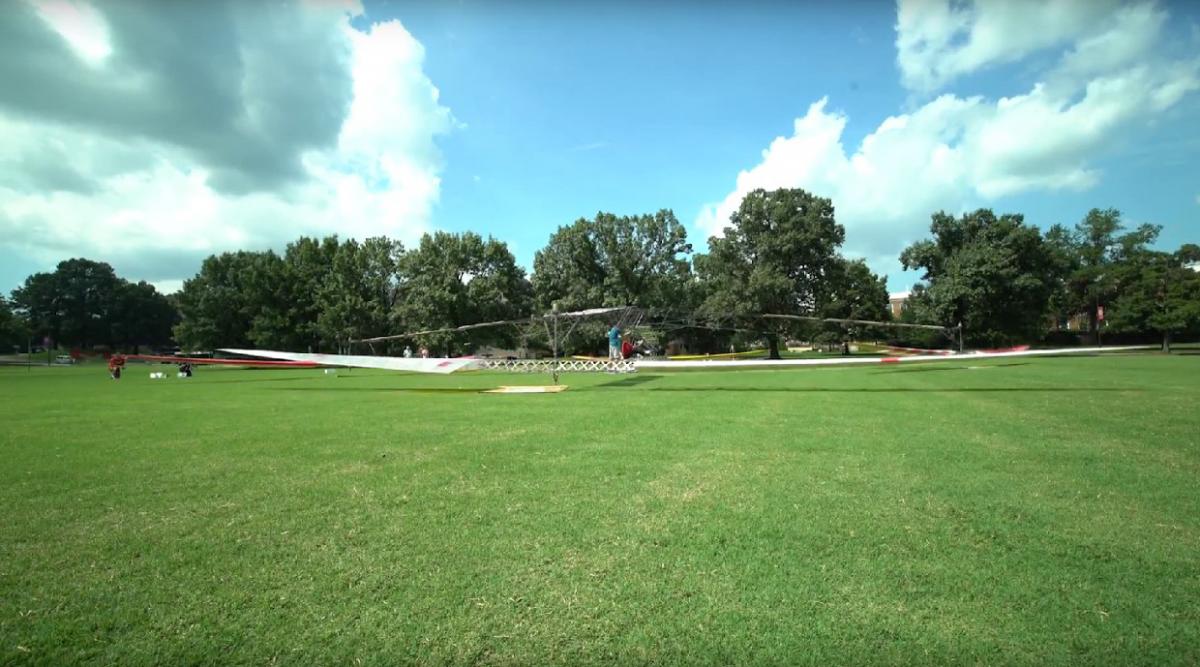 While electronic controls offer an advantage over Gamera's human-powered predecessor, the challenge of lifting a 100-foot square craft solely through solar power has posed its own unique set of challenges.

“This is about inspiring and educating students, that’s our product here," explained Distinguished Professor and Gamera faculty advisor Inderjit Chopra. “No one thought that solar energy could lift a person."

The craft may never engage in long-distance flight, but through this project's immense hands-on opportunities, students hone their engineering chops and find focus for their future.

"When I started this, I had no idea what I wanted to do with my engineering degree," said Anthony Prete (B.S. '16), who served as Gamera S' team lead during the 2015-2016 school year. "This experience focused me into something, design."

More than a hundred students from across the Clark School have worked on Gamera at some point in the more than six years the team has been active, offering unlimited possibilities to explore achieving the impossible in engineering and flight.

"This project has come a long way in the past six or seven years from human-power to solar-power," added Staruk. "So we are breaking barriers of all sorts in aviation with this one airframe and we are very proud of that work here at the University of Maryland." 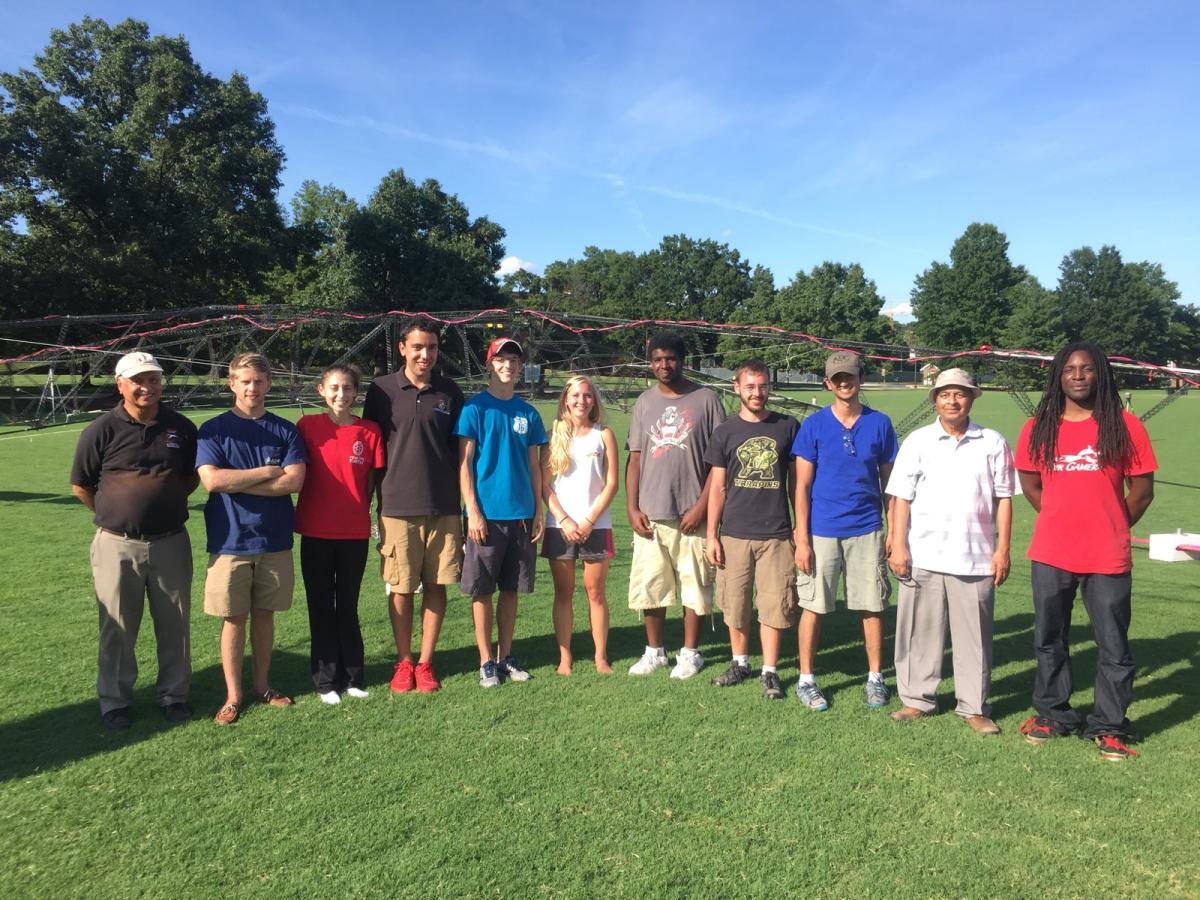 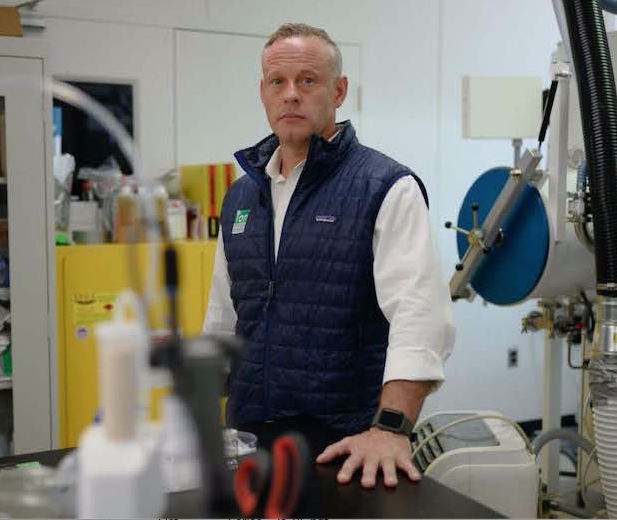 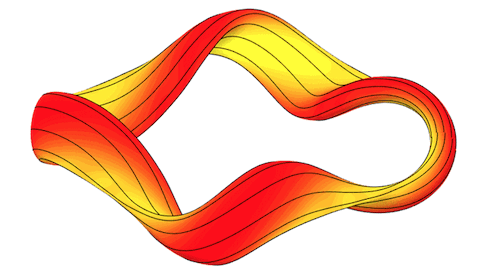 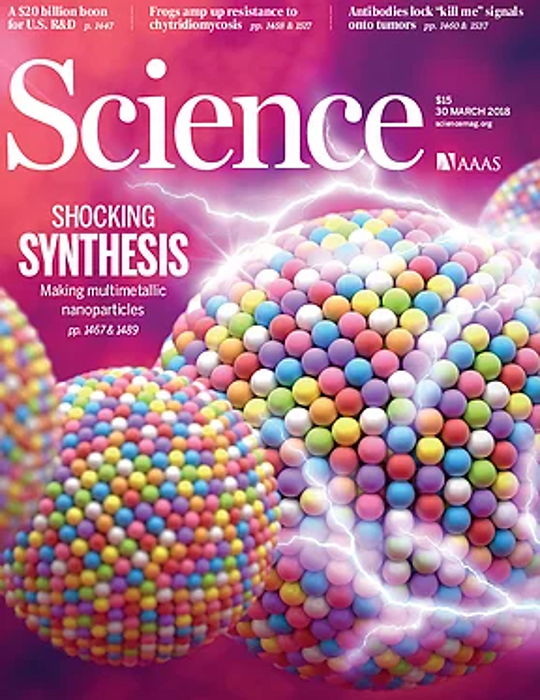