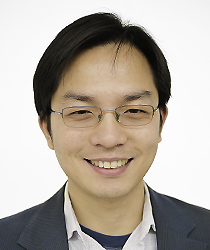 Professor Hu teaches "Nanotechnology for Energy: Principles, Materials and Devices" at the undergraduate and graduate levels.

Professor Hu is also active in mentoring and outreach activities, including serving as an advisor to a Gemstone honors program team, hosting visits from high school students in Women In Engineering's LEAD Academy summer program, a partnership with Wheaton High School to create summer internships and new science lessons, and talking to visitors of all ages about materials science at Maryland Day.

Hu and Wang identified by Web of Science

New treatment for wood could make a membrane to extract fresh water.

Hafezi and Hu are among 31 of the nation's rising stars who will compete for three Blavatnik National Awards.

Yao will be honored at the May 14th UMD graduate school awards ceremony.

A self-cleaning device made of wood aims to make small-scale desalination more practical.

Liangbing Hu Nominated for Invention of the Year Award

Winner will be announced at the 2019 Innovate Maryland event on April 11.

Professors Hu and Li receive over $3.6M in funding

Yao, advised by Liangbing Hu, will complete his PhD this Spring.

Sturdy Insulator Made of Wood

Emily Hitz is one of only five recipients of Aeronautics Scholarships and Advanced STEM Training and Research Fellowship.

Hu was selected for this award based on several fronts of wood nanocellulose-based technologies.

What if we told you that wood can be used to make a smart window that is more energy efficient than glass?

Dr. Hu was selected for this award for his contributions to the fields of nanoscience and nanotechnology.

Safer Batteries Made With Wood

UMERC is a multidisciplinary initiative dedicated to advancing the frontiers of energy science and technology.

A peek under a hybrid’s hood reveals wood?

The Department of Energy awards UMD research on safer, better Lithium-ion battery technology as part of a $137 million investment in vehicle efficiency.

Wood Windows are Cooler than Glass

A study by engineers at the University of Maryland shows that natural microstructures in transparent wood are the key to lighting & insulation advantages.

CREB Kicks Off its Research and Innovation Seed Grant Program

Collaboration between UMD, NIST, and ARL facilitated by seed grant from the Center for Research in Extreme Batteries.

You’ll Never Be-Leaf What Makes up This Battery

Shows "promise [for] significant and lasting impact" in nanoscience

Small Can Be Strong and Tough

The smaller the cellulose fibers, the stronger and tougher the paper they make, to UMD researchers’ surprise

Anodes with layer of alumina resist corrosion and cycle well

Printed transparent conductors are the first to use sodium ions embedded in reduced graphene oxide to boost performance.

Unique in situ measurement of optical and electrical transport led to discovery.

Munday, Hu and Collaborators’ Research on Inside Cover of Advanced Energy Materials

Interdisciplinary collaboration leads to use of cellulose fiber paper as antireflection coating for solar cells.

Zhu presents work on new material at MRS and in Energy & Environmental Science.

"Battery Made of Wood" Featured on National Public Radio (Audio)

A Battery Made of Wood?