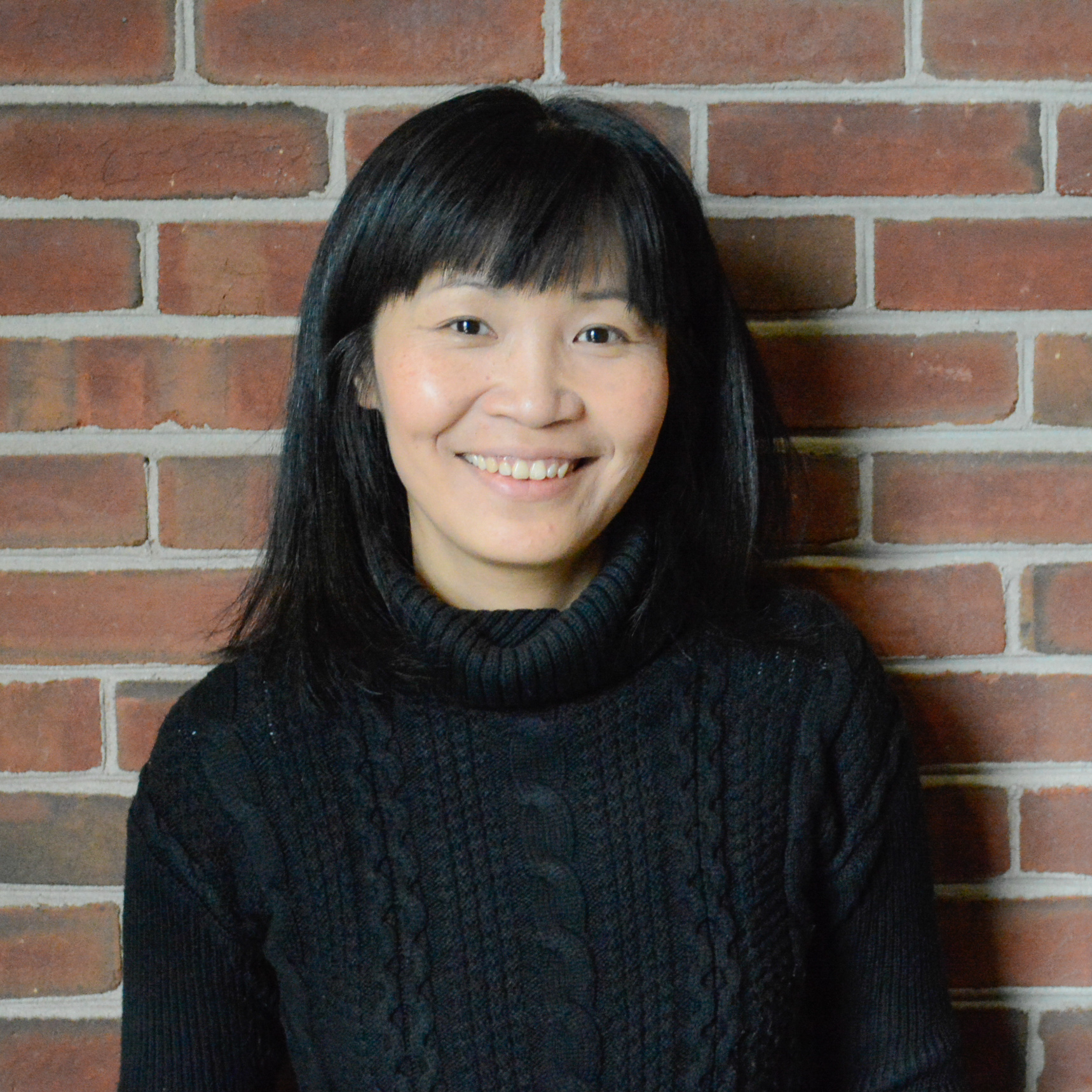 Ming Hu is an Assistant Professor at the School of Architecture, Planning and Preservation, University of Maryland, USA. She teaches technology courses which focus on the integration of architectural design with structural, materials, and building performance assessment.

She has an extensive background in high-performance building design and life cycle assessment and has engaged in applied building technology research for over 14 years. Her research activities centers on questions of how, and why, sustainable building design and construction affect energy/resource conservation, environmental and human health, and to understand how the (smart) technologies might be employed to reduce the impact from buildings.

Professor Hu has published in over fifty research paper, and has lectured widely in North America, Europe, and Asian. She is a visiting research fellow at the Tampere University in Finland as a Fulbright recipient (2020-21). Her first book, titled Net Zero Building: Predicated and Unintended Consequences, was released in April 2019 through Routledge. Her second book: Healthy Built Environment and Smart technologies was published in September 2020.

She is the board member of the Architecture Research Center Consortium (ARCC), and the Building Technology Educator Society (BTES).She also served on the National Committee of the International Code Council and on the Maryland Green Building Council.

Building Construction methods and materials are examined through case studies to explore the means and techniques applied to the material execution of buildings and BIM (Building Information Modelling). Focus on an understanding of the organization of the design and construction process and awareness of building and zoning codes, material systems and types, as well as sustainable practice.

This course covers the basic principles of architectural structures, including the influence of geometric, sectional, and material properties related to flexure and shear in beam and framed systems; vector mechanics with application to analysis of trusses, catenaries, and arches; diagrammatic analysis of beams for bending moment, shear, and deflection as well as the study of structural framing systems for vertical and lateral loads.

This is the second course addressing architectural structures in the architecture program. The subject matter will progress from the material presented in ARCH 464 by investigating the design and analysis of structural systems through load tracing, holistic structural behaviour, the properties and design potentials of various materials, and the relationship between the superstructure and the exterior envelope.

Knowledge about the relations between built environment development and global and local challenges, such as climate change, resource depletion, environmental impact, justice and health, is of key importance to move towards sustainable development and resilient built environment. This course takes a trans-disciplinary approach to understanding built environment questions. Urban possibilities and challenges are analyzed by using a systems approach where energy, ecological, social, and economic aspects are integrated through a technologic-ecological perspective. Linkages between and perspectives from engineering, science, social-sciences, and practice are emphasized throughout the course. The course will examine the value and limitations of a series of real world case studies. Students will also have face-to-face collaboration opportunities with international students abroad.

Eric Wachsman and Ji-Cheng “JC” Zhao have been named to the National Academy of Inventors’ (NAI) Class of 2022 Fellows, joining the ranks of some of the nation’s most prestigious and creative academic inventors.

Funding will Support Launchpad for Businesses and Startups

Next Generation of Data Centers within Reach

The collaborative team receives $1.8 million in funding to develop an integrated framework to drive the rapid design of novel materials for batteries and fuel cells.

A UMD research team has developed a strong yet incredibly flexible wood material that could be used in construction, automotives, and beyond.

When an innovator wanted to engineer a more advanced and equitable society, he chose a research and education powerhouse with global impact, and came to Maryland.

Abshire, Fisher and Hu honored for outstanding success in scholarly accomplishment and excellence in teaching.

MEI2 start up continues to grow

From Innovation to Inauguration

Among the nine 2021 Invention of the Year nominees, four are led by or include Clark School researchers.

From extreme batteries to windows made from wood, Clark School’s trendsetting work ranks it among the country’s Top 10 public engineering schools for the 3rd consecutive year.

UMD President-Designate Darryll Pines inspires a culture of excellence at the Clark School, where everyone plays a part.

Dylan Kirsch, on track to complete his Ph.D. in 2022, is focused on high-performing thermoelectrics.

The design bolsters both battery safety and performance.

UMD engineers have reinvented a 26,000-year-old manufacturing process into an innovative approach to fabricating ceramic materials.

A new study published in Science Advances expands the landscape of nanomaterials, and what we can do with them.

Computer-designed nanoparticles could speed us toward hydrogen economy

Could lightweight electric vertical takeoff and landing aircraft be a solution for urban congestion?

Adelaide Nolan recognized by UMD, NSF and Clearwater for her contributions to energy research.

New treatment for wood could make a membrane to extract fresh water.

A junction between an ordinary metal and a special kind of superconductor has provided a robust platform to observe Klein tunneling.

Hafezi and Hu are among 31 of the nation's rising stars who will compete for three Blavatnik National Awards.

Each awarded $25K to sponsor research.

What Does a Pair of Dice Have to Do With Disaster Recovery?

This is the first time high-frequency-cycled pyroelectric energy conversion has been successfully combined with the ability to recharge batteries.

Researchers have synthesized a new cathode material from iron fluoride that surpasses the capacity limits of traditional lithium-ion batteries.

Researchers revive an old chemistry with a new electrolyte.

DURIP supports university research in technical areas of interest to the Department of Defense.

Among the nine 2017 Invention of the Year award nominees, six are led by or include Clark School researchers.

UMD ChBE researchers develop a cluster of azo materials for use in alkali-ion batteries.

Fellowships of $25,000 each help fund the students’ research.

University of Maryland School of Engineering Announces Unprecedented Investment from A. James & Alice B. Clark Foundation

Building Together: An Investment for Maryland Will Transform UMD Through $219,486,000 Gift

Marina Leite and her team offer insight into the future of solar cell technology.

A nerve modeled on a battery

Increasing the quantity and quality of underrepresented minority students in STEM.

The fellowships of $25,000 each help to fund the students' research.

Wood Windows are Cooler than Glass

A study by engineers at the University of Maryland shows that natural microstructures in transparent wood are the key to lighting & insulation advantages.

University of Maryland and US Army Research Lab researchers are spearheading a collaboration to develop a safer and less-costly lithium battery.

A team of researchers at UMD, ARL, and colleagues have developed a battery that is at once safer, cheaper, more environmentally friendly, and more powerful - by adding a pinch of salt.

UMD Researchers' Aqueous Electrolytes Nominated for Invention of the Year

Scientists at the University of Maryland (UMD) have developed a novel method for altering the light reflected or absorbed by a material by match-making combinations of gold, silver, and copper into various mixtures of metals, or alloys.

You’ll Never Be-Leaf What Makes up This Battery

Lithium-ion batteries and nanowires are candidates for chemistry and physics prizes; UMD scientists can explain importance

Unique in situ measurement of optical and electrical transport led to discovery.

Research showcase to highlight role of engineers in developing innovative solutions to help prevent, mitigate, and respond to disasters.

Agency's budget as expected -- or higher

Award supports study of silicon carbide for use in efficient, high-powered electronics.

Nano ‘Beads on a String’ Could Advance Battery Technology

Scherer gave an overview of his work in developing sustainable transportation alternatives.

Exploring the Future of Energy at the Woodrow Wilson International Center