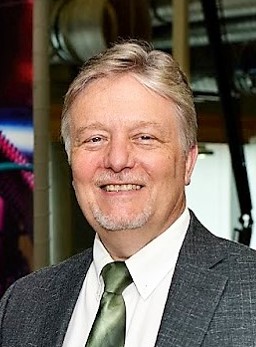 Dr. Eric D Wachsman, an expert on solid state batteries and solid oxide fuel cells, is the Director of the Maryland Energy Innovation Institute (MEI2), and the William L. Crentz Centennial Chair in Energy Research with appointments in both the Department of Materials Science and Engineering, and the Department of Chemical Engineering at the University of Maryland. He received his Ph.D. in Materials Science & Engineering from Stanford University, and his B.S. in Chemical Engineering from the University of California at Berkeley.

His research is focused on solid ion-conducting materials and electrocatalysts, including the development of solid state batteries, solid oxide fuel cells and electrolysis cells, ion-transport membranes, and solid state gas sensors, with over 270 publications and 35 patents/patent applications. To date, three companies have been founded based on these technologies.

He has contributed to the next generation of electrochemists having graduated 34 PhD and 30 MS students, supervised 38 postdocs and research scientists, and mentored several junior faculty. Of these, three have gone on to receive ECS awards. His involvement with students includes founding and serving as Faculty Advisor for ECS student chapters at both the University of Florida and the University of Maryland, with the Maryland chapter winning Outstanding ECS Student Chapter Awards in 2013 and 2017, and ECS Student Chapter of Excellence in 2014, 2015, and 2016.

Dr. Wachsman is a frequent invited panelist on fuel cell and hydrogen energy research, ranging from the US Department of Energy “Fuel Cell Report to Congress” and “Basic Research Needs Related to High Temperature Electrochemical Devices for Hydrogen Production, Storage and Use,” to the National Science Foundation “Workshop on Fundamental Research Needs in Ceramics,” NATO “Mixed Ionic-Electronic Conducting (MIEC) Perovskites for Advanced Energy Systems,” and the National Academies “Global Dialogues on Emerging Science and Technologies.” He also serves on numerous boards and was appointed by the Governor to the Board of Directors of the Maryland Clean Energy Center. He is a Fellow of The Electrochemical Society (2008) and the American Ceramic Society (2012), and an elected member of the World Academy of Ceramics (2017).

Eric Wachsman and Ji-Cheng “JC” Zhao have been named to the National Academy of Inventors’ (NAI) Class of 2022 Fellows, joining the ranks of some of the nation’s most prestigious and creative academic inventors.

USM ranks 10th among US public institutions for patents

Six Clark School faculty and staff will be honored at UMD's 38th annual Convocation on Sept. 15, 2021.

MEI2 start up continues to grow

The title is a recognition of excellence, impact, and significant contribution to the nominee's field, knowledge, profession, and/or practice.

Among the nine 2021 Invention of the Year nominees, four are led by or include Clark School researchers.

Each year, the dean of the University of Maryland’s A. James Clark School of Engineering honors exemplary faculty members for their dedication to excellence in research and teaching.

Institutes to collaborate on energy research

Even in Trump era, green energy innovation is sparking, not sputtering

The institute was created to turn research breakthroughs into commercial, clean energy solutions.

MSE/ChBE Professor Eric Wachsman will tak a lead role in its development.

This year's theme focused on energy storage -  pervasive message that we should promote and advocate for scientists and the science.

The Department of Energy awards UMD research on safer, better Lithium-ion battery technology as part of a $137 million investment in vehicle efficiency.

Shows "promise [for] significant and lasting impact" in nanoscience

UMD researchers receive award for the tri-generation of heat, power, and potable water from waste.

Transformative student energy research is funded by the Wells and Hulka Fellowships.

Professor describes how each relies on, and is affected by, the other.

Worth $4.7 million, the projects team Maryland faculty and companies to bring products closer to market.

UMD is one of only six university members that will collaborate on solutions that demonstrate U.S. leadership on international water issues.

Recent press release gets attention from Scientific American, others.

Energy expert advocates investing in "the other fuel cell" to reduce reliance on fossil fuels now, not in decades.

UMERC director appointed to Board of Directors of the Maryland Clean Energy Center.